Pizza, wine and no sex for you!

Conversations with my girlfriends are what keep me sane some days being able to call them (or much more likely they call me because if you know me you know I’m hopeless!) and have a chat about work, kids, dating, men or whatever is that we need to have a gossip fest about helps connect us and keep the friendship strong. Something pretty special that my friends and I have is the ability to be as blunt as a kindergarten kids colouring pencil with each other and no offence is ever taken! (Well not that they’ve ever admitted to me…..)

In the past two weeks I’ve had very similar conversations with two friends from seperate circles about some men being able to bring us to our knees sometimes (quite literally other times!)

One GF is recently divorced and seeing a new guy, they’ve been together near 6 months and in this time she has taken on a full time job, met her husbands not so new Mrs and her kids, been in and out of mediation and pretty much been fucked 6 ways from Sunday when it comes to getting what she deserves and worked damn hard for.

The last few weeks have been super hard on her and god forbid she’s not all fucking sunshine and lollipops, eagerly awaiting at the door for her man to come home dressed up in lingerie and suspenders holding a fresh baked apple pie in one hand and a beer in the other because Instead of supporting her or trying to understand that her life is a bit of a mess atm he has started complaining that she’s not as happy as she was when they met and is tired and a little grumpy every now and then.

Well fuck me Jesus on a quad bike, what a shock that she’s feeling a little bit stressed out with the threat of losing her home hanging over her head, working full time, organising babysitters to pick her young children some days because their dad moved an hour away with the new chick and her teenage kids and coming home to be mum to two very tired little humans missing their mum and dad then having to cook dinner, washing clothes, cleaning up the house, doing bath time and then of course that time of night when every child ever becomes instantly dehydrated and STARVING after refusing to eat what was cooked for them at dinner with 475 stories they forgot to tell you until the minute they hear those two words said out loud, bed time!

My other GF has been divorced for quite a few years, broken up with her long term partner and has been dipping her pretty little pedicured toes into the thick green swamp water that is the dating pool and let me tell you it a dick pic jungle out there!

She has met asshole after asshole and when she meets one she thinks may be less assholey the asshole goes and does something to demonstrate his pure, unadulterated assholiness!

She met a ‘nice guy’ who we had high hopes for and thought may actually be a hard yes, he was new to the country, lived with his mum, dad and sister who’d been here for years, had no job, no car, no income and she met him at a pub BUT he seemed like he was not a complete douche canoe…

A few days into dating he told her his sister saw her profile pic and had informed him that he had awful taste in women and that it wasn’t a great picture and then blamed the language barrier, I’m already done with him and told her as much but she is so beautiful she gives him the benefit of the doubt.

A few days after that he disclosed that he has certain beliefs and on Wednesday’s and Fridays they couldn’t have sex….or at Easter or Christmas or the entirety of August.

If that was me I’m out already packing my bags & unopened box of condoms and I’m taking my neglected vagina all the way home to visit my ‘feel good draw’ but she sees something in him and begrudgingly agrees that she can deal with this because he treats her well, lucky for her they met on a Saturday!

After a few conversations with her about him and his family and things they’ve discussed according to him, I expressed my concern that his sister and parents won’t accept her being a single unmarried mother…..the next damn day she rings me and tells me it’s over for that exact reason, im pretty sure my response was ‘the no sex on Friday nights would of been it for me, that’s my drinking night you best know I wanna be getting it ON! Helpful much….

Both of these boss babes are single mums, work their asses off and are genuinely decent and astounding women who put everyone else first all the time without hesitation.

We have had many many nights together with the wine flowing, music blaring, pizzas ordered, and laughs that as Mums made us wee our pants a little!

The last conversations I had with both of them separately was much the same and involved me dropping a few truth bombs and although I am shit at taking my own advice I am always willing to share it, especially after a few wines, with anyone that’ll listen and these two sexy bitches listened for god only knows what reason.

I said the only thing that makes sense to me and helps me see the light when I find myself trapped in seemingly endless dark tunnel, Stop chasing fucking happy and start being happy with content!

Everyone is chasing happy these days and when we’re not all rainbows and unicorns all the time we automatically believe something is wrong with us but we as humans are not meant to feel only one emotion constantly.

We are complex creatures with an array of emotions and truth is, Without sadness their is no happiness, without anger there is no calm if we were always happy every minute of the day and it’s all we ever felt then it wouldn’t feel like anything at all.

If someone else especially your partner expects you to be smiling 24/7 you need to tell him his dreaming’ of course the first few weeks and even the first 6 months is all smiles, sappy Facebook posts and steamy shower shags, your body is releasing hormones like serotonin and Dopamine and makes you feel like a crack addict for love.

You don’t notice all the things that will eventually annoy the living shit out of you like when he picks his toenails at the dinner table and throws them on the floor or like how she insists she’s not hungry and doesn’t order food but will take the chips from your plate, these things are cute and endearing in the beginning

The feeling of being loved and loving someone, the hormones, the wild, unbridled fuck fest that is happening every chance you get, all of these things make you feel amazing and high but there’s always a come down and studies suggest the comedown starts at about 6 months when around 80% of new relationships will start to show cracks and the toilet seat being left up is enough to make you feel a little bit stabby. 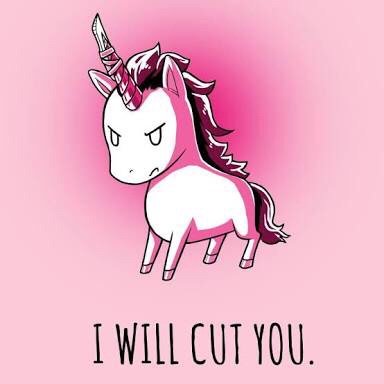 So unless you are prepared for that, unless you expect it and accept that you are going to lose ridiculously happy as it slowly fades into content then your royally fucked and not by Harry because he is all loved up too now.

I’m not suggesting that we shouldn’t be happy ever again nor am I saying after 6 months we will never feel good again but I am saying find things that don’t depend on another person to fulfil you, explore new avenues that’ll lead you to determining your OWN happiness and don’t be too hard on yourself when you don’t feel ok because we hear it often but it’s ok not to be ok.

Find what YOU love to do, go where YOU want to go and don’t be afraid to be yourself because it is not up to anyone else to make you feel good about yourself, that’s your responsibility and yours alone. The people you choose to have around you are only there to add positivity to your life, not create and control it.

It’s up to them now with what they do with my unwarranted advice and no doubt we will discuss the outcome over some good wine, supreme pizza and piss your pants laughs because that’s what friends do and we are entirely content with that…

7 Comments on “Pizza, wine and no sex for you!”

This site uses Akismet to reduce spam. Learn how your comment data is processed.